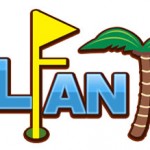 NEW YORK (September 10, 2012) – Tiger Woods is no longer the top draw in professional golf that he once was, as indicated by his being bumped from the #1 spot on the 2012 GolFantasy survey which polls thousands of golf enthusiasts as to which pros they’d most like to vacation with.

The new study determined that the new #1 is Hall of Famer Phil Mickelson, followed by 2012 Masters Champion Bubba Watson at #2.

The survey teed-off with the question: “With which pro golfer would you most want to spend a golf-oriented vacation?”

Follow-up questions included:”Which golfer would you most want to share a post-round dinner with?” and “Which other two Pros would you ask along to fill out a foursome?”  The study further asked respondents to list qualities they most liked about the golfers they selected.

Tiger fans can find some solace in that Mr. Eldrick Tont Woods is still holding strong at #3; red-hot 2012 PGA Champion Rory McIlroy was #4 and infamous ‘grip it and rip it’ bad-boy John Daly filled out the Top 5.

Says Howie Hacker, Producer of GolFantasy, “Our survey isn’t necessarily about who people think is the most talented player. It’s who they’d most want to hang out with on a vacation. It speaks to quality, interactive time, thus taking into consideration personality and likability. People said that Mickelson exudes a certain “warmth” and a “down to earth quality” and that Bubba was “an interesting guy” and “a good role model.”

GolFantasy is the legendary vacation experience where amateur golfers get to play alongside touring Pros and fraternize with them in an exotic setting. It recently announced that it will be available to the general public for the first time in over a decade. The dates are December 2-9, 2012 at Casa de Campo, a 7,000 acre Caribbean paradise recently voted as the World’s Leading Golf Resort for the 5th consecutive year at the World Travel Awards.

The upcoming GolFantasy vacation at Casa de Campo is billed as “A Dream Week of Golf, Unlike Any Other”. Guests play 18+ holes with touring Pros each day, in groups of four and five. Private GolFantasy events also include clinics, tourneys, Q&A forums, individualized instruction, exhibitions and daily contests (with special prizes) as well as a few off-site excursions.

GolFantasy compiles its list by surveying approximately 3,000 golfers at select clubs and adding that to responses received from its private list. Numbers 6 through 10 were Fred Couples, Tom Watson, Ernie Els, Lee Westwood, and Lee Trevino. “We ask people to pick only currently touring golfers,” smiles GolFantasy co-producer Billy Bunker, “yet one of either Palmer Nicklaus or Trevino always makes it anyway, out of sheer respect. No foul there.”

“GolFantasy guests really get to know the pros; it’s not just golfing but dining and socializing,” adds Hacker, “and we manage keep the price down. It’s all part of the fantasy. That’s also why we compile our list.”

“I’ll never forget when John Daly told me to lie down on the grass,” says Harold Grant, a former GolFantasy guest. “He put a tee on my head and whacked it 350 yards off that tee. Where else but GolFantasy could that happen?”