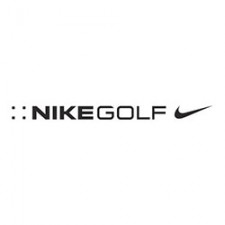 The Vapor Speed fairway woods have a 25% larger footprint with a lower and deeper Center of Gravity (CG) than previous Nike models.

“Athletes including Tiger Woods requested larger face profiles in fairway woods, but it was vital that we do that without compromising ball speed or optimal launch conditions,” said Radcliffe. “We successfully modified the chassis by sloping the crown to lower the CG which optimized launch characteristics across the family.”

Like the new Vapor drivers, the Vapor Speed fairway woods feature Nike’s new FlyBeam-reinforced Covert Cavity Back design, a re-engineered Compression Channel and a NexCOR face – all combining to stabilize the chassis, maximize ball speed and promote longer and straighter distance. The low CG provides a high launch with a lower-spin flight.

The Vapor Flex fairway woods highlight the same technologies found in the Vapor Speed on a more compact chassis, except the Vapor Flex has added Nike’s FlexLoft 2 adjustability system, allowing the golf athlete the functionality of five lofts and three face angles within 15 different settings.

The new, improved FlexLoft system is five grams (30%) lighter without compromising function, which leads to a CG that is up to 2mm lower on the Vapor Flex fairways. The redistribution of mass creates more stability, better launch conditions and faster swing speeds. Another benefit of FlexLoft 2 is its forward and backward compatibility. Golfers with previous generations of Covert can use shafts with the original adaptor in the new head or vice versa.