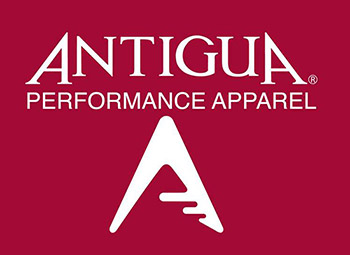 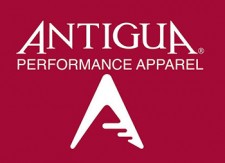 PEORIA, ARIZ., July 22, 2013 – The Antigua Group, Inc. – one of the nation’s leading designers and marketers of lifestyle and golf apparel under the distinguished Antigua brand – has been named the official apparel licensee for the 2013 U.S. Solheim Cup Team for the second consecutive competition.

“We have had the good fortune to design and develop the Ryder Cup uniforms for the American team back in 1993 and now twice for the LPGA and the Solheim Cup Team in 2011 and this year for the matches in Colorado,” said Ron McPherson, president and CEO of the Antigua Group. “These opportunities are a great honor and recognition for our brand and company.”

Though the international competition doesn’t take place until August, the method of designing and developing the team uniforms alongside U.S. Team Captain Meg Mallon was a diligent process.

Over the course of the yearlong development process, Antigua, along with the U.S. Solheim Team, was involved with creating the team uniform concept. That involved choosing fabrics and designs appropriate for the field of play during a particular time of year in a specific seasonal climate. Antigua also participated in the development of samples and the fitting of each potential team member in advance of the final team selection, a process that involved two separate fitting sessions at separate LPGA Tour events.

“It’s been great to work with the staff at Antigua, and they have always been a terrific supporter of the LPGA,” U.S. Captain Meg Mallon said. “They’ve been very enthusiastic about clothing the United States Team, and I’m really excited to see our players dressed in their red, white and blue.”

The final uniforms will consist of two separate apparel changes per day for the tournament rounds, as well as additional outfits for each day of the practice rounds. The process of designing the U.S. Solheim Cup Team uniforms from beginning to end took more than a year.

“All of us at Antigua are very proud to have been chosen by the LPGA to design and develop the uniforms for the 2013 U.S. Solheim Cup Team matches,” McPherson said. “This opportunity is a great honor and undertaken with pride for Antigua company-wide as the development and logistics that are involved with each department play a critical part in the final execution of the process. We have already had terrific directional meetings with LPGA staff and of course Captain Meg Mallon and her assistant captain, Dottie Pepper.

“Consequently, the design and development process is under way and on target, and we’re doing whatever we can as a company and LPGA partner to support the team to victory. Our part is peripheral; it’s when our part is finished and the match begins that it actually gets exciting for us here at Antigua.”

About Antigua
Headquartered in Peoria, Ariz., The Antigua Group, through its license sports division, holds license agreements with the NFL, Major and Minor League Baseball (MLB), the National Hockey League (NHL) and the National Basketball Association (NBA), along with numerous American universities and colleges for men’s, women’s and children’s apparel, headwear and outerwear. Antigua additionally designs, produces and supplies product for corporate America and specialty retail managed under its corporate division. Its golf division also holds license agreements with the PGA TOUR, LPGA and the PGA of America.