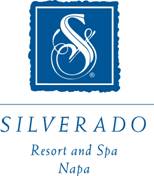 NAPA, CA (July 8, 2013) ─ Silverado Resort and Spa Owner Johnny Miller and partners announce today that the resort will host the 2014 Frys.com Open on its championship North Course, voted one of Golf Week’s “Top 100 Resort Courses,” on October 6-12, 2014. Now in its eighth year, the four-day tournament is the opening event of the PGA TOUR season and features a full-field (132 players) with a $5 million purse and $900,000 payout to the winner. Beginning this year, FedEx Cup points are awarded to players and the winner receives an invitation to The Masters.

The PGA TOUR and Champions Tour are no strangers to Silverado. The resort’s two courses have combined to host 28 Professional Tournaments, including the 1968-1976 Kaiser International Open Invitational; the 1977-1980 Anheuser-Busch Golf Classic; and the 1989-2002 Senior PGA “The Transamerica” event, featuring such legends as Jack Nicklaus, Arnold Palmer, Tom Watson, Lee Trevino, and Silverado’s own Johnny Miller.

For the 2014 Frys.com Open, Silverado Resort and Spa promises a grand lineup of exceptional golf on their 18-hole par-72 Robert Trent-Jones designed North Course, which was renovated in 2011 by Johnny Miller. The picturesque course is a legend in the golf world, sprawling across 360 acres and featuring dozens of water crossings, elevation changes, and routing through oak, pine, and redwood trees. Having played one of his first tournaments on the PGA TOUR at Silverado in 1969 and winning the 1974 and 1975 Kaiser International Open Invitational at Silverado, Johnny looks forward to bringing the Frys.com Open to the resort, aiming to reintroduce players to the property’s world-class facility.

“We are thrilled to host the season opening PGA TOUR tournament on our iconic property,” says Silverado Resort and Spa Owner Johnny Miller. “Our North Course is amongst the most challenging and beautiful courses in the state, and over the last two years the Troon team and I have ensured the playing experience is superior in every way.”

Tournament Chairperson Kathy Kolder, in accepting the invitation from Silverado Resort and Spa, said “It’s an opportunity to enhance the reputation of our tournament, generate new sponsors, expand the volunteer base and make significant contributions to deserving charities.” Tournament proceeds have generated $1,000,000 to worthy charities each of the last two years and $5,000,000 in its brief history.”

Silverado Resort and Spa
A California landmark for more than 140 years, Silverado Resort and Spa began its life as a private estate and was converted into a contemporary resort featuring 390 guest rooms, a 15,000-square foot conference space, two PGA championship golf courses and two signature restaurants. Now owned by World Golf Hall of Fame member and lead NBC analyst Johnny Miller, the resort recently underwent renovations to its North Course and will see rooms and event space renovations in 2013. Surrounded by Napa Valley’s more than 540 wineries, the resort also features a 16,000 square foot spa, 10 secluded swimming pools, 13 tennis courts and other recreational offerings. For more information on the resort or to make reservations, please visit www.silveradoresort.com or call (1) 707-257-0200 or (1) 800-532-0500.

Dolce Hotels and Resorts
Dolce Hotels and Resorts, a privately held operator of 27 upscale hotels, resorts and conference hotels in North America and Europe founded in 1981, is majority-owned by Broadreach Capital Partners. The company, headquartered in Rockleigh, N.J., employs more than 4,000 worldwide. Additional information is available at www.dolce.com.

As a leader in the meetings industry, Dolce hosts some 30,000 events and 4 million group clients globally every year. The company’s founder pioneered the conference center concept and Complete Meeting Package, both now embraced as standards by the International Association of Conference Centers.

The company’s vision is to create inspiring environments that bring people together, and its mission is to delight its guests, challenge its associates, reward its owners and serve as a role model in its communities.

About Frys.com Open
The Frys.com Open leads the new, reconfigured 2013-2014 PGA TOUR schedule as the tournament returns to CordeValle Golf Club October 7-13, 2013. Launched in 2006, the Frys.com Open is an official PGA TOUR tournament benefiting many local and national charities that are working to improve the lives of others. Title sponsor Fry’s Electronics is a privately owned retailer with 34 nationwide locations headquartered in San Jose, California. Information is available on FrysOpenGolf.com or on Facebook and Twitter.