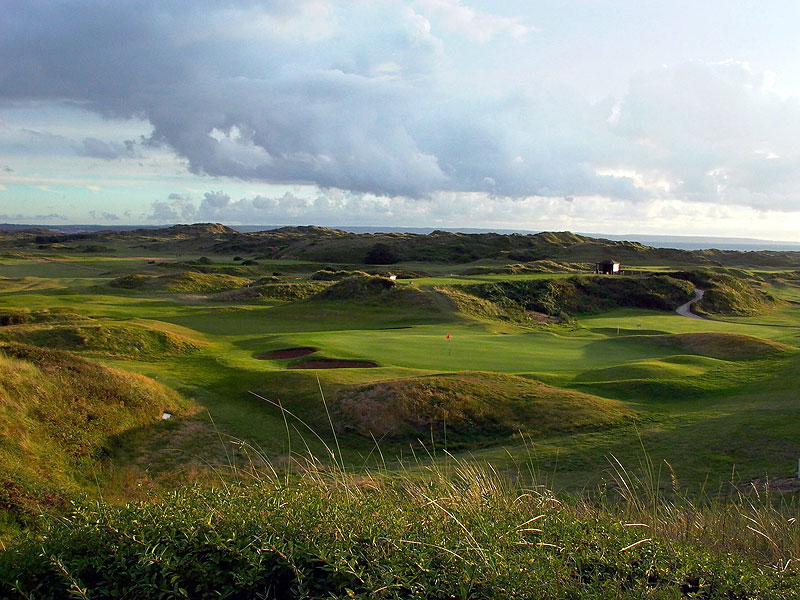 February 2012: The fine pedigree of the courses that comprise England’s Atlantic Links (www.atlantic-links.co.uk) has once again been brought to the fore with the recent announcement that Saunton in north Devon will stage the English Amateur Championship in 2014.

Saunton’s East and West Courses, recognized as two of the most distinguished links in south west England, have been given the honor of hosting the blue ribbon men’s event on England Golf’s 2014 calendar in late July in two years time.

Indeed Saunton has been the venue for a plethora of top amateur championships since 1932. In 1997, for example, it hosted the British Boys Championship which was won by a young Sergio Garcia, just two years before he made his Ryder Cup debut. Further testament to the quality of Saunton’s East Course has come from England’s most successful post-war golfer, Nick Faldo, who once said, “I’ve no doubt if the East Course were located on the coast of Lancashire or Kent it would have hosted an Open Championship by now.”

The other links courses that comprise the celebrated Atlantic Links offering – Somerset’s Burnham & Berrow and Trevose and St Enodoc in Cornwall – have all hosted top international amateur championships over the years whilst Royal North Devon is recognized as the oldest links course in England, overflowing with a wealth of history and tradition.

Ever since it staged its inaugural competition in 1906, The Ladies British Open, Burnham & Berrow has hosted over 40 national amateur championships – a staggering record that confirms the class of its championship course. Furthermore last year the club hosted The R&A Boys Championship and – for the fifth time – The Brabazon Trophy (English Amateur Stroke Play Championship) and in doing so, entered golfing history by becoming the first course to hold both championships in the same year.

It was the turn of Trevose Golf & Country Club in Cornwall to stage The Brabazon Trophy in 2008, four years after it hosted the English Senior Ladies Amateur Championship and this year it has been chosen as the venue for The McGregor Trophy (English U16 Open Strokeplay).

Whilst Royal North Devon may only have staged amateur competitions at county and regional levels, such as the West of England Strokeplay every other year, the uniqueness of the course complements the other Atlantic Links courses well. Founded in 1864, RND is the oldest golf links in England and is widely regarded as the St Andrews of England. Set on common land on which livestock still graze, to play RND is to experience the game as it was played in Victorian England. The great JH Taylor was born in the village of Northam, overlooking the course, and returned as president in 1957. The clubhouse boasts a treasure trove of golf memorabilia, second only to that owned by The R&A that includes Taylor’s portrait and many of the clubs he used in his Open Championship wins. As part of its 150th birthday celebrations, RND will stage the World Hickory Championships as well as the English County Finals in 2014.

Although The Open Championship has not visited one of the Atlantic Links courses, the number of high-profile amateur competitions that have been staged over these south west courses is testament to the very fine pedigree of these links and their combined offering.
www.atlantic-links.co.uk

Roll of Honor for the Courses in England’s Atlantic Links

Royal North Devon GC, Devon:
In addition to JH Taylor, many of the great players of the last 100 years were regular competitors at RND. Taylor went on to form one third of the great triumvirate, winning five Open Championships, alongside Harry Vardon and James Braid. The club honoured Taylor with a presidency in 1957 and his portrait and some of the clubs that he used to win his Open titles are proudly displayed in the clubhouse amongst many other golfing treasures.
·         English County Finals 2014
·         World Hickory Championships 2014