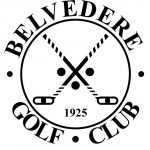 CHARLEVOIX, MI – Historic Belvedere Golf Club, which has hosted an annual Society of Hickory Golfers major championship since 2006, has been selected to host the major among hickory majors – the U.S. Hickory Open in 2019. The tournament is being planned for June 20-22 of 2019.

“Belvedere is a classic, classic course,” said Rick Meyer, the club’s president. “It is old-school in small town America. When dry and firm, it plays fast and requires a hickory style ground game. Our club and the Charlevoix community are committed to and will host a great championship.”

Meyer lends a unique perspective at Belvedere. The St. Louis resident and entrepreneur is a former board member and green committee chairman at Bellerive Country Club, which in August this year will host the world’s top golfers in the 100th PGA Championship. He has also been part of five championships, including three major championships at Bellerive in the 20-plus years he chaired the Future Championship Committee.

He said the U.S. Hickory Open next year at his summer club will be a “classic final major for me.”

The U.S. Hickory Open annually attracts an international field of golfers who play with authentic pre-1935 hickory shafted golf clubs or can also play replica hickory clubs. Belvedere is the only club in the U.S. to have 44 authentic hickory club players that will participate in the championship. Competitors also dress in period appropriate apparel, including knickers, ties and jackets. The Society of Hickory Golfers celebrates and promotes the hickory game of the 1910s – 1930s.

“The club is very excited about it,” said Dennis “Marty” Joy II, the head golf professional at Belvedere and a competitor in society tournaments.

“Here at Belvedere we have the most hickory society golfers of any club in the country. We have 44 men and women who are members here who play with authentic hickory golf clubs. They are very excited we are hosting the U.S. Hickory Open and a lot of our members will be playing in it.”

The Belvedere Hickory Open has been played 12 times at the course and is considered one of the four major championships by the Society of Hickory Golfers. It will not be presented in 2019 because the Open is coming to Belvedere but will be presented again this year June 14-16.

“I think it was just a matter of time for Belvedere to host the U.S. Hickory Open,” Joy said. “Having our restoration finished last year when a lot of the golfers came for the Belvedere Hickory Open allowed them to see some of the changes. Also, Belvedere takes care of the players and I think they feel like members for the weekend.”

Meyer, 70, said he is honored to be involved in both “majors.”

“The 100th PGA Championship is the culmination event in 25 years of working with the leaders of the USGA, PGA and the Tour,” he said. “Our pro Marty Joy got me interested in hickory golf. My fellow members urged me to try it. Once they hooked me, it seemed like a natural extension of giving back to the game to respond to the desire to host something big at Belvedere, and 18 months later we received the invitation.

“It is not the same challenge of all the work at Bellerive but rewarding just the same. Our respective budgets are just a little different. I already know Bellerive will break many PGA records. I am certain Belvedere and the Hickory Open will also. And on the last day of both Championships, coming down the stretch, the players will care just as much.”

Belvedere’s course, which allows some public play during the golf season, was established in 1925 and designed by renowned golf course architect William Watson. It has been recognized as one of the best golf courses in the Midwest and is best known for hosting 40 Michigan Amateur Championships. It will also host the 2025 Michigan Amateur during Belvedere’s centennial year.

In 2016, the original hand-drawn architectural plans by William Watson were discovered and a two-year restoration plan returned the golf course greens, fairways and many of its tees to the original design of 1925. The changes were completed with architect Bruce Hepner’s help in time for the 2017 Belvedere Hickory Open.

“The changes in just a year of maturity are now really making a difference with the way the course is played, and by the time we host the U.S. Hickory Open it should be fully mature and playing like it did in 1925 for the hickory players,” Joy said.

Meyer’s roots in golf go back to his childhood when his father was an accomplished local amateur in St. Louis, and his work with major championship golf goes back over 50 years.

“I worked for the 1965 U.S. Open (at Bellerive), and I was involved in the inaugural U.S. Mid-Amateur hosted by Bellerive,” he said. “I have been a member of the Executive Committee of St Louis’ Metropolitan Amateur Golf Association for almost 30 years. I’ve officiated at numerous USGA qualifiers.”

He said he has never satisfied his desire to improve his game but continues to try. He has read and studied the game and read about the variety of golf course design philosophies, which led him to be involved in the 2005-06 retrofit at Bellerive. It also led him with then-president Jeffrey Buntin’s support, to be involved in bringing Belvedere back to its classic design roots.

“Bruce Hepner is an accomplished student of minimalist design,” he said. “He has been a great partner who carefully and with great sensitivity to our budget coordinated the project with our indefatigable superintendent, Rick Grunch. I have been fortunate to be involved in all these championships and projects – a true labor of love!”

The Society of Hickory Golfers is currently planning for the 2018 U.S. Hickory Open in September in Greensboro, N.C. at Sedgefield Country Club.

For information about Belvedere visit www.belvederegolfclub.com or call 231-547-2611

For information about the Society of Hickory Golfers visit www.hickorygolfers.com