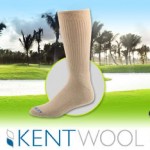 GREENVILLE, S.C. — KENTWOOL, maker of the “World’s Best Golf Sock,” and the Official Sock of the Association of Professional Tour Caddies (APTC), announced today that it is extending its company-wide support of golf caddies, with an accessories sponsorship of the inaugural World Caddie Matches at Mohegan Sun in Uncasville, CT. This one-of-kind event takes place on Monday, August 29th, when more than 40 PGA TOUR caddies from around the world compete in a one-day, two-round “Ryder Cup-style” format competition.

“So many professional caddies are fantastic players in their own right,” said Dan Murphy, President of KENTWOOL. “We expect to see some very impressive golf on display this week in the new and exciting event.”

The morning will feature modified alternate shot matches, followed by singles in the afternoon. This unique, first-ever World Caddie tournament will be open for the public to watch, and some of the PGA pro golfers are also expected to attend to support their caddies! Proceeds from the event will benefit K9s for Warriors, a nonprofit organization dedicated to providing service canines to military veterans.

KENTWOOL will provide its popular Men’s Tour Profile socks for players to wear in competition. Team USA has chosen to sport KENTWOOL’s limited edition APTC sock, while the International squad will don KENTWOOL’s Red Stars pattern. Both teams will also be outfitted with KENTWOOL signature caps embroidered with their respective team names on the side.
“In some ways, caddies have been the unheralded heroes of golf, but KENTWOOL has long respected the important role they play in the game. That is why we became the first-ever official sponsor of the APTC earlier this year and why we wanted to lend our support to the World Caddie Matches as well,” said Murphy. “We are incredibly proud of the fact that over 100 million blister-free steps will be taken on the PGA TOUR in 2016, thanks to KENTWOOL socks, many of which will be taken by caddies. It’s our pleasure to support this great group as they caddie and this week as they play.”

The inaugural World Caddie Matches at Mohegan Sun Golf Club is a must-see event for all golf aficionados, and fans can follow the tournament with Carl Paulson and Dennis Paulson on their highly acclaimed PGA Tour radio show, “Inside the Ropes.” Tickets will be available for public purchase with details to follow at www.mohegansungolfclub.com.

Since 2008, KENTWOOL has been manufacturing the “World’s Best Golf Sock,” just outside of Greenville, SC. Drawing on over 150 years of mastery in wool manufacturing, KENTWOOL leverages the attributes of wool, nature’s performance fiber, for unmatched comfort and performance in the sock category. For more information on the KENTWOOL brand, visit http://www.kentwool.com.

Founded in 1843, KENTWOOL remains one of the nation’s longest running, family-owned textile companies. In 2008 KENTWOOL Performance Division was established to utilize the parent company’s nearly two-century-old heritage of superiority in textiles to create socks which draw upon wool’s natural wicking and cooling properties for moisture management, sheer comfort and other performance ­enhancing benefits. The “World’s Best Golf Sock” was born. Since entering the marketplace, KENTWOOL has won two Majors and numerous other TOUR events, establishing itself as golf’s leading, premium Merino wool golf sock. KENTWOOL socks are trusted in competition by scores of Tour caddies and their players. Based in Greenville, SC, all KENTWOOL products are made in the USA. For more information visit www.KENTWOOL.com.