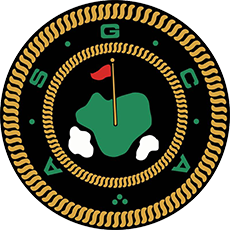 Smyers spent his formative years in Houston, and is a graduate of the University of Florida. As a Gator, he was a member of the golf team that won the 1973 NCAA Championship. He has more than three decades’ experience as a golf course architect, serving as owner of Steve Smyers Golf Course Architects, and working on projects across the United States and around the world in Australia, Zimbabwe, England, France, Brazil, the Philippines, Ecuador and elsewhere.

“There are 25 million golfers and nearly 16,000 golf courses in America, plus another 16,000 around the world,” Smyers said. “Those players and courses need ASGCA members to continue being the ‘forward-thinking guys’ who bring innovation to the game; as we have ably done since the days of Donald Ross. We should continue to pioneer improved standards and focus on striving to make what is already a great game, even better.”

Smyers continued to play at a high level, competing in a number of USGA championships. He also served on what is now the USGA Equipment Standards committee, which led to a six-year term on the USGA Executive Committee.

Smyers also called for greater collaboration among industry partners. “A deeper and stronger collaborative effort will benefit all of us, but most importantly the golfer. Working together, we can inspire golfers to play 10 percent more golf each year,” he noted.

Smyers will serve as ASGCA President through April 2016.

Founded in 1946 by 14 leading architects, the American Society of Golf Course Architects is a non-profit organization comprised of experienced golf course designers located throughout the United States and Canada. Members have completed a rigorous two-year long application process that includes the peer review of four representative golf courses. The average ASGCA member has spent nearly 30 years as a golf course architect, designing 42 new 18-hole courses and has worked on or consulted on nearly 150 projects in eight different countries around the world.