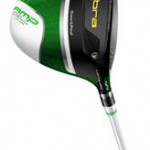 With a Record Winning Drive of 427 Yards, Burke Bested Seven Other Finalists for the Championship Belt and Winner-Take-All $250,000 Prize

LAS VEGAS, Nev. (Oct. 30, 2013) – With a crushing drive that measured 427 yards, Tim Burke from Orlando, Fla., tonight became the longest hitter in the world, capturing the 2013 RE/MAX WORLD LONG DRIVE CHAMPIONSHIP, its coveted championship belt and a winner-take-all $250,000 prize. Burke, 26, competed with eight of the longest drivers of the golf ball in the world who faced off in front of a raucous Las Vegas Motor Speedway crowd and a national Golf Channel audience.

“The RE/MAX World Long Drive Championship tonight took a step in an amazing direction,” said Art Sellinger, Chief Executive Officer and Founder of Long Drivers of America. “The crowd, the atmosphere, the venue – and a great Golf Channel production – all contributed to a dramatic finish with Tim Burke’s amazing 427-yard drive to capture the title.”

The two-hour finale took place under the lights of the Las Vegas Motor Speedway, a new venue for this season-ending competition and one built for speed. And it was speed personified, with the eight competitors’ swings speeds exceeding 150 miles per hour, ball speeds topping 220 miles per hour and balls traveling the length of more than four football fields. The pumped-up finalists hit from a custom-made platform built high into the speedway’s grandstands on to a Championship grid on the race track infield below, creating a dramatic visual feast for Golf Channel viewers.

Through eight months of qualifying events that took place all over the world, it all came down to a final match play of six drives each between Burke – the 2012 runner up – and Englishman, 2010 champion and No. 1 seed Joe Miller. After Miller set the mark at 381 yards in the first round of three, Burke bested it by 24 yards with his third drive. Miller stayed alive in the final round of three, matching Burke’s 405 yards and setting the stage for Burke’s final three chances. With the crowd going wild, Burke’s next shot flew well by Miller’s ball, settling on the Championship grid at a finals record 427 yards and giving Burke his first RE/MAX World Long Drive Championship title.

“That was the longest ball I think I ever hit under this kind of pressure,” said Burke. “This was the best time and the biggest moment of my life, and I’m thankful to be able to come here and get the job done.”

In October 2012, Long Drivers of America announced a new, three-year broadcast partnership with Golf Channel, which moved the RE/MAX WORLD LONG DRIVE CHAMPIONSHIP to the network after 17 years on ESPN. This annual world championship of long driving has taken place each year since 1975 and attracts competitors from all over the world. Participation in competitions has nearly tripled and prize money has increased five-fold. Finalists in the competition often have swing speeds of up to 150 miles per hour and can hit the ball more than 400 yards, which is more than 100 yards longer than the average PGA TOUR professional.

About Long Drivers of America: Long Drivers of America is a dynamic golf event company that specializes in producing events for long drive professionals. The company is owned and operated by long drive pioneer Art Sellinger. Founded in 1995 and based in Roanoke, Texas, LDA is best known for staging the annual RE/MAX World Long Drive Championship, the premier event in power golf. For more information visit www.longdrivers.com.

About Golf Channel: Golf Channel is a multimedia, golf entertainment and services company based in Orlando, Fla. Golf Channel, co-founded by Arnold Palmer in 1995 and now part of the NBC Sports Group, is available in more than 120 million homes and 83 countries worldwide. Exclusive partnerships with the world’s top tours allow Golf Channel to feature more live golf coverage than all other networks combined, as well as a programming schedule distinguished by golf’s highest-quality news, instruction and original programming. Customers of participating cable, satellite, telco and other video subscription services, are able to enjoy 24/7 streaming of live Golf Channel content through GolfChannel.com and Golf Channel’s mobile application, Golf Live Extra. Golf Channel’s digital platforms are the leading golf destinations on the Internet, delivering unmatched coverage of the world of golf, as well as services that connect the world to golf.

ABOUT THE LVCVA: The Las Vegas Convention and Visitors Authority (LVCVA) is charged with marketing Southern Nevada as a tourism and convention destination worldwide, and also with operating the Las Vegas Convention Center and Cashman Center. With more than 150,000 hotel rooms in Las Vegas alone and 10.8 million square feet of meeting and exhibit space citywide, the LVCVA’s mission centers on attracting ever-increasing numbers of leisure and business visitors to the area. For more information, go to LVCVA.com or LasVegas.com.