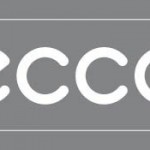 (LONDONDERRY, NH) – Danish brand ECCO – a leading global manufacturer of innovative footwear – announces that it has been named “Official Footwear Supplier” to the 2013 European Solheim Cup team and will create special-edition shoes exclusively for the squad’s players and captains.

For this, the fourth Solheim Cup during which ECCO has supported Team Europe, the company will also provide shoes to the defending champions’ caddies and team staff. The competition will be held at Colorado Golf Club outside Denver, August 13-18.

“ECCO has long been a part of the family of sponsors and suppliers that help to make the Solheim Cup one of the world’s most outstanding sporting events,” says Marc Anderman, European Solheim Cup Manager. “All the ladies look forward to receiving the special-edition shoes, which embody the team spirit that will help us retain the Cup.”

A biennial, trans-Atlantic team match-play competition, the Solheim Cup features the best U.S.-born players from the Ladies Professional Golf Association (LPGA) Tour and the best European members from the Ladies European Tour (LET). Team Europe enters the competition holding the Cup and will need 14 points to retain it, with the U.S. Team requiring 14½ points to regain the coveted Waterford Crystal prize, which was first presented in 1990.

“With the supreme levels of talent on both sides of the Atlantic, this competition will likely go down to the wire once again,” says Jesper Thuen, ECCO Global Sponsorship and PR Manager – Golf. “That makes for a compelling spectacle, during which the ECCO Golf collection will be showcased to fans around the world.”
ECCO golf shoes are worn in competition by LPGA and LET Tour stars Belén Mozo, Gerina Piller, Caroline Masson and Line Vedel Hansen. They are also preferred by Fred Couples, Graeme McDowell, Thomas Bjorn, Thongchai Jaidee, Stuart Appleby, Andreas Hartø, JB Hansen.

About The Solheim Cup

The Solheim Cup combines the tradition and prestige of the game of golf with passion for one’s country. This biennial, trans-Atlantic team match-play competition features the best U.S.-born players from the Ladies Professional Golf Association (LPGA) Tour and the best European members from the Ladies European Tour (LET).

The Solheim Cup is named in honor of Karsten Solheim, the founder of Karsten Manufacturing Corporation, which makes PING golf equipment. In 1990, the Solheim family, in conjunction with the LPGA and the LET, developed the concept and became the title sponsor for The Solheim Cup, professional golf’s international match-play competition for women. Held every two years, the event has grown into the most prestigious international women’s professional golf team event. The Solheim Cup is the most highly coveted trophy in women’s profes­sional golf team competition; some of the most memorable moments in the sport have happened during one of The Solheim Cups, and berths on the U.S. and European teams are highly sought after by players from both organizations.

The 2013 Solheim Cup will take place Aug. 13-18 at Colorado Golf Club in Parker, Colo. The European Team enters the competition holding the Cup and will need 14 points to retain it, with the U.S. Team needing 14½ points to regain the coveted Waterford Crystal prize. The U.S. team holds an 8-4 lead in the matches, which began in 1990.

In addition to founding sponsor PING, Rolex is also a Global Partner of The Solheim Cup. For more information about The Solheim Cup and updated standings for each team, log on to www.solheimcupeurope.com or www.ladieseuropeantour.com.

ECCO, a world leading brand of shoes combining style and comfort, has built its success on quality and innovative technology. The design philosophy is rooted in the founder’s approach to being a shoemaker – the shoe must follow the foot. The shoes of ECCO are anchored in functionality, quality and craftsmanship on the platform of Scandinavian design. Founded in 1963, ECCO is one of the few major shoe manufacturers in the world to own and manage every step of the shoemaking process. Today, ECCO products are sold in 91 countries at 1,100 ECCO stores and 14,000 other sales locations. The company is family-owned and the workplace to 19,500 employees from over 50 countries. In 2012, revenue increased by 14% to DKK 8 billion with profits before tax of DKK 1.1 billion.