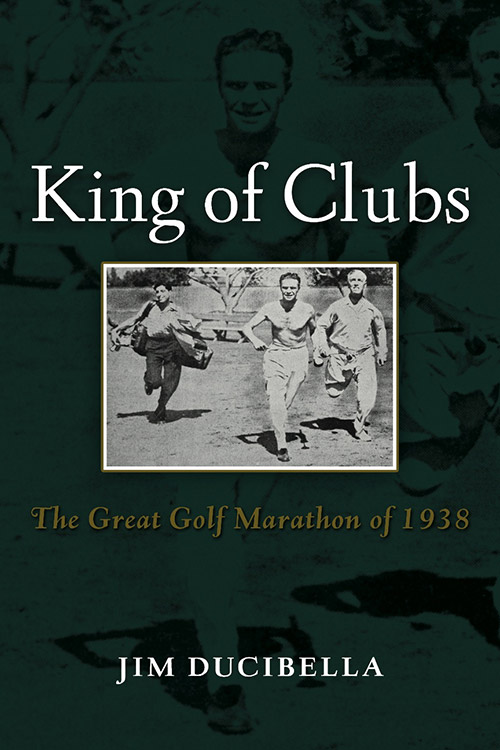 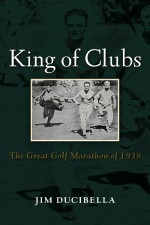 Depression-era America found itself fascinated by marathon competitions and J. Smith Ferebee became a major attraction with his long-distance feats on the golf course in 1938.

Seventy five years ago this September, Ferebee won a bet by playing 600 holes of golf in eight cities, from Los Angeles to New York, over four consecutive days. That’s more than 33 rounds in 96 hours, from coast to coast.

Did Ferebee win his bet, in which he staked his ownership in 296 acres of waterfront property in Virginia? Or did his friend and rival Fred Tuerk have to pay off the $20,000 mortgage as his part of the wager? All of this and more plays out over fairways and greens across the United States in King of Clubs: The Great Golf Marathon of 1938 (Potomac Books, 2012, $24.95). The author, Jim Ducibella, covered more than 200 professional and amateur golf tournaments in 29 years as a sports writer, mostly with the Norfolk (Va.) Virginian-Pilot, and his research and telling of the long-forgotten tale bring to life these characters, especially Ferebee and his undertaking of several extraordinary physical feats.

LPGA Hall of Famer Amy Alcott said King of Clubs is “a wonderful read” in which “that special synergy between playing golf and a good wager shines through.” Sports Illustrated recently called it “maybe the best golf story you’ve never heard.” King of Clubs was honored in January as the 2012 Book of the Year by the International Network of Golf.

Travel with Ferebee as he bounces from city to city, playing golf in rain, in terrible heat, walking every step of every hole, outlasting blisters and other injuries in pursuit of his seemingly-impossible goal. Relive the early days of air travel and celebrate the 75th anniversary of this remarkable and nearly-endless march from tee to green.

Jim Ducibella is available to the media for print, radio, and television interviews. What a compelling story this is to recount as this summer’s golf majors approach. Check out the King of Clubs Facebook page at: https://www.facebook.com/JimDucibella.KingofClubs?fref=ts