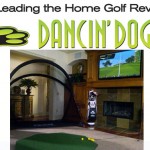 Widely regarded as one of America’s great parkland layouts, Windy City Club has hosted five major championships and ranks among the country’s top-100 courses, according to both Golf Digest and GOLF Magazine. At 245 yards and often buffeted by winds off Lake Kadijah, the signature par-3 13th hole has befuddled many great champions. Its small, elevated green guarded by three bunkers is sure to play a key role in several of the upcoming matches.

“Our replications have been widely celebrated because they showcase the true depth of OptiShot’s fully immersive, virtual golfing experience,” says Brandon Theophilus, CEO of Dancin’ Dogg Golf. “Whether rooting for the U.S. or Europe, users can recreate the magic of this historic competition and challenge themselves by hitting shots from the exact same positions as the world’s best players.”

Based in Traverse City, MI, Dancin’ Dogg Golf was founded in 2005 and specializes in developing innovative technologies. Twice named to the prestigious Inc. 500 list as one of America’s fastest-growing entrepreneurial companies, it has also been honored with the SCOREGolf Research & Development Award, named to the “Michigan 50 Companies to Watch” list and received a “Flyover 50 Award” as one of the Midwest’s fastest-growing companies.

The Dancin’ Dogg product range is highlighted by the OptiShot Infrared Golf Simulator, which is offered at nearly 2,000 retail locations throughout North America and a growing number of shops internationally. The company’s ever-expanding library of world class courses includes sites of major championship, international competitions and Tour events.