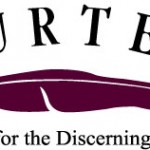 Vassalotti brings 30 years of diversified golf industry experience to FOURTEEN GOLF. He will be responsible for representing FOURTEEN GOLF in Metropolitan New York, Connecticut and New Jersey areas. According to FOURTEEN GOLF COO Marcy Kamoda, “Mark is a great addition to our sales force. He has spent years culminating relationships at green grass and off-course stores in his particular territory. We’re confident that he will help us grow our business and better serve these areas.”

Currently, Vassalotti represents several premium golf brands including; Antigua Golf Apparel, True Power Bands, Bird Dog Bay, J. Charles Crystal and Clicgear. Before becoming an independent rep, Vassalotti was a Golf Sales Representative for NIKE, Inc. where he generated over $10 million dollars in sales in one year. He worked closely with his apparel rep advisory team as well as with the merchandising team to develop integrated marketing and merchandising programs for key accounts.

“Mark’s ability to be a self-starter has led him to a highly prosperous career. This important characteristic will contribute greatly to his success with us,” added Kamoda.

FOURTEEN GOLF understands the importance of the short game, this significant portion of the game as created an unprecedented demand on most tours for their signature series of wedges. The company prides itself on the 18 titles won last year using their short game arsenal.