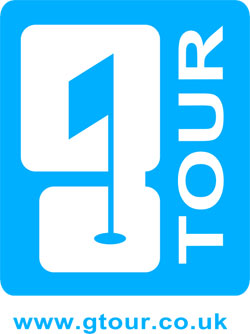 The Gtour, The Uk’s biggest Amateur golf tour, is building up to an exciting finish to the 2011 season as it’s set to host the final qualifying event of the season at De Vere Mottram Hall on the 17th September. Shortly after the ‘The Race to Cyprus’ Order of Merit will be cut to the top 52 players who will then battle it out in a two-day UK semi-final event at De Vere Belton Woods in November.

The UK Semi-final will see the top 10 players earn the right to compete in the two-day Grand Final event at Aphrodite Hills Resort, Cyprus happening between 19 – 23 January 2012 and have the chance to become the Gtour’s maiden winner of the ‘The Race to Cyprus’ Order of Merit.

Building on two very successful seasons in 2009 and 2010, the Gtour Order of Merit was renamed ‘The Race to Cyprus’ following renewed partnership with De Vere, Srixon, Bunker Mentality, Golfbreaks.com, Aphrodite Hills and as the tour has further grown in 2011 two new sponsorships were added.

The Cyprus Tourism Organisation joined at the start of season to further build on the relationship between Gtour and golf in Cyprus and then in August 2011 the tour announced that Aegean Airlines, the preferred Airline of the PGA of Europe would become its latest sponsor, with whom the 10 finalists will fly along with staff, friends and family for the grand final in Cyprus.

In addition to the flights the 10 finalists will receive complimentary accommodation, two rounds of golf on the championship course at Aphrodite Hills and clothing for the Grand Final from Bunker Mentality, proud sponsor of the Gtour since 2009.

Aphrodite Hills Resort, Cyprus, the venue of ‘The Race to Cyprus’ Grand Final is the first and only fully integrated Leisure and Activities Resort development of its kind in Cyprus, and is home to a magnificent 18-hole championship golf course, spreading over 6,299 metres and overlooking the site where Aphrodite, the goddess of love, is said to have emerged from the sea. The golf course also has a dedicated 3-hole Golf Academy and magnificent clubhouse.

“We are proud to have supported the Gtour for the past two years and we look forward to seeing the finalists and the many spectators in January at the resort.”

Open to all golfers whether you are a club golfer or not and whether you play off scratch or 28 (36 for ladies) you are welcome to take part in the Gtour where membership is free. The unique Order of Merit,‘The Race to Cyprus’ is a tiered competition based on a players best three scores taken throughout the season, the Gtour scoring system is points based and weighted on competitors and event position.

The 2011 season has been remarkably open as the tour welcomed multiple first time winners and a host of new players both men and women as news of the tour spreads far a wide and its popularity has increased.

​Tournament Director Colin Astbury says the 2011 season is just the beginning of what’s to come:

“I am delighted with dramatic response to this year’s tour and of course the growth of the Gtour since 2009. It’s an honour to have partnered with such prestigious brands for the third year running and most importantly to have engaged with hundreds of competitive and social amateur golfers up and down the country.”

Astbury added, “2011 has been a very enjoyable year for all involved with the Gtour and we are very much looking forward to announcing details of the 2012 tournament soon”.

The last event in the qualifying season is on Saturday 17 September at De Vere Mottram Hall.

Run by golfers for golfers ‘Gtour’ is the best amateur tour to play in where competitive and social golf go hand in hand.

To find out more about the Tour or to book your place in the final event visit www.gtour.co.uk